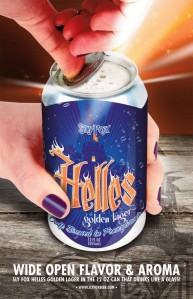 When Pennsylvania’s own Sly Fox Brewing recently announced the development of a better beer can, I was quite excited. I’d assumed that the world of canovation was reserved for the macro swill hegemony, with research and development budgets aimed at finding ways to deliver product to your gullet as quickly as possible. Yet rather than just some chugability gimmick, Sly Fox’s 360 lid sought to solve an issue inherent with all existing bottles and cans—allowing the drinker to experience the aroma, and thus the full flavor, of craft beer. The top of the can comes right off, transforming into an open vessel, perfect for the beach, picnics, etc.

I’d hoped to try out the technology with an aromatic IPA like Route 113 or Odyssey, but only their Helles and Pils are currently packaged in the new aluminum technology. Curiosity finally got the better of me, and I picked up a Helles can as part of a mixed six-pack on the way home from a long day at the pool. I planned to kick back on the deck and beat the heat by sticking my schnozz into a cold can of lager.

Unfortunately, what follows is a tragedy. It’s about a man, his can, and the limits of human suffering.

Things started well enough. I took a picture of the can, to email to the other Aleheads. Because that’s what I do. You can ask them. 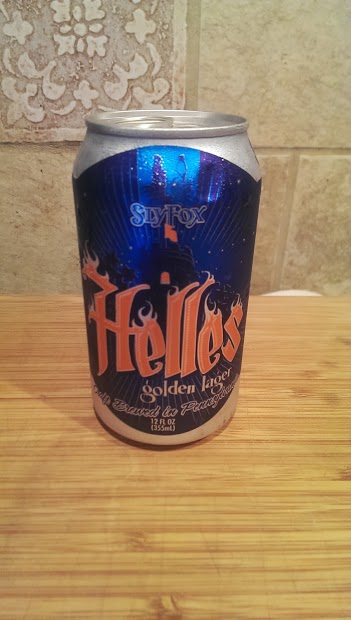 Then, I tried to open the beer. I popped the top, and pulled with admittedly bulging guns and manly hands.

The tab ripped right off. I sat gaping as my dream was taken from me, just like that. Luckily, I was not on the beach or at a picnic, but in my kitchen with access to needle nose pliers and other tools.

I proceeded to nearly sever my radial artery and managed to get the can open another half an inch, spraying a thin film of lager over my stovetop and counter.

After a few tears, I finally gave up and poured the beer into a Pilsner glass. The jagged metal opening led to a foamy, thoroughly oxygenated rookie pour. 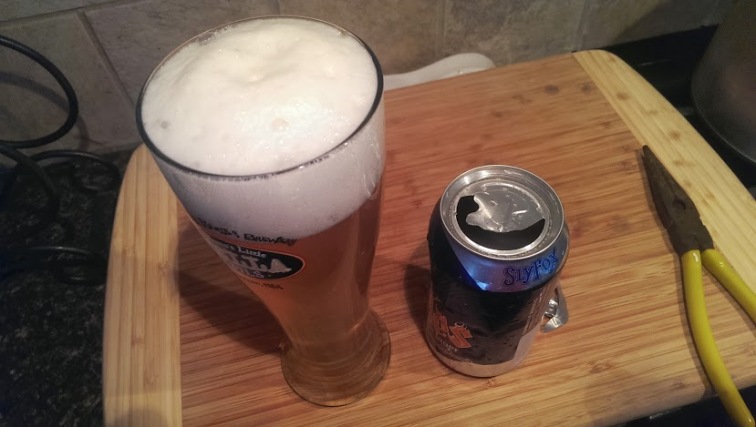 I retreated to the deck to listen to the dull hiss of cicadas and contemplate my failure.

This was not a scientific experiment. I had one can to play with, and royally fucked it up. I assume they did a ton of research with this design, and that most folks with half a brain would be able to open one. Still, if I was out camping and didn’t have a glass handy, I would surely have killed or maimed myself trying to drink this beer. Have any of our loyal readers had luck with the 360 can? Please let me know in the comments.

Oh, and for the record the beer was tasty. Biscuity malt with a clean finish and just a touch of noble hop bitterness. Refreshing and a nice gateway beer for the cheap lager-swilling uninitiated. Provided you can get it open.