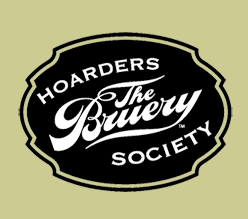 Kid Carboy recently emailed the Aleheads group with a Reddit discussion in which a user received an invitation to the “ultra exclusive” Bruery Hoarders Society and felt that they had jumped the shark. The Kid felt that the Bruery was unnecessarily creating an even more exclusive circle within their already limited Bruery Reseve Society and in effect, further stratifying the value of their own releases. The Bruery Reserve Society is at it’s core, a subscription model that, in exchange for a $295 fee per year, provides not only privileges and swag exclusive to the brewery, but also specified allocations of certain releases from Bruery, including the hard to come by releases of Black Tuesday and Chocolate Rain. Membership also provides what is essentially an IPO for the Bruery releases for the year, a chance to buy first rights to the releases before they are available to the public. In a nutshell, you are paying a premium membership fee to get a few bottles of the really good stuff, plus the option to buy further limited quantities of said good stuff, stuff that that Joe Public will most likely never have the chance to purchase outside of a secondary market such as ebay or via a trade. You also get first right to refusal to renew your membership, as they are in limited quantity, but I believe they have increased the number of available slots each year.

Now said Hoarders Society entails an even hefiter $695 yearly membership fee and entitles the purchaser to even more generous allocations of Bruery beers, as well as first option to purchase future releases and even more generous quantities of the prized Bruery Releases. For example, if ordinary Reserve Society members can purchase 5 bottles of Black Tuesday, Bruery’s most rare and prized beer (and hot item on the secondary markets), Hoarders Society members may be able to purchase 10 bottles. You get a lot of beer, but more importantly, you get first rights to buy large quantities of very rare beers. The arguments on Reddit for and against such a venture ran the gamut from “I don’t think beer should be so expensive and exclusive, this is wrong,” to “If they can profit and expand from such ventures and people are willing to pay, good on ’em.”

I chimed in on the discussion as I am a member of the Bruery Reserve Society, and as both a beer lover and one who studies business, I found this move by Bruery to be a very interesting one, which I can see many breweries following suit upon. The following is what I shared with the rest of the Aleheads about my own experience within the Reserve Society:

Upon joining the Reserve Society, they send you notification emails about a month before a beer comes out, giving you the first option to buy. I would usually buy one of each beer they released, and mind you, these were not cheap, about $12-$18 per 750 with discount, $25-$30 for the really rare stuff. The problem was that 90% of what they released as “Reserve” or “Provisions” beers (ones that were only sold at the taproom or their store) were not worth the hefty price tag in my opinion and would not have sold well on a larger scale market. I can recall about 3-4 that I enjoyed. I loved the Sour in the Rye, The Mother Funker and the Smoking Wood Rye Barrel aged, the rest of my purchases were good but not great in my opinion given the hefty price. I still get emails from them and will probably purchase some Black Tuesday, but other than that I’ve had it with this membership model. For the same price as a 750 that I may or may not enjoy, I can buy a few bombers of something new, or 2 6-ers of an old favorite, plus the immediate upfront cost is $300 of beer money that I can instead span across a few months and try new releases from many different places. My taste in beers is ever changing and I don’t like to feel obliged to buy from one place only because I paid for a membership and get a discount. As a value proposition, it simply doesn’t add up for me any more.

From a business perspective though, this model is absolutely brilliant. Why you ask? Well, the normal reserve society membership is about $300. This one is closer to $700, and mark my word, they will sell out. In this new Hoarders model, you probably get about $350-$400 worth of beer, then rights to buy futures and a 15% discount on purchases. You also get some swag, tasting parties, blah blah, but right off the bat these memberships are incredibly profitable for the Bruery as by simply signing up then net a cool few hundred bucks a pop in profit. Next, with this whole “futures” market for their beer (which is totally unnecessary, 95% of their stuff does not sell out, you just need to make the trek to their locations), you get people dropping major coin in advance on beers that they’ve never even tried or have ever existed!!! I remember being there once and seeing folks leaving with 6-8 cases a piece, over $1000 worth of beer, purchased direct from the Bruery, ie no distributor’s cut!!!

So the Bruery business model allows them to:

I don’t think that I’ll do this Reserve Society next year, or any membership based beer club for that matter, but lots will. They make some excellent beers, more that are just ok in my opinion, but they are first and foremost great marketers and understand their audience. What do you Aleheads think of such membership based models? 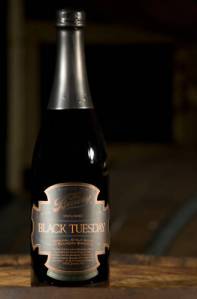 The Aleheads got into a pretty deep discussion about this, and the very model that Bruery started here.

“I like the membership model when it works in two ways. First, small batch brews and one-offs that are exclusive to members and not just some lame test batch. I’m talking a couple of bombers, not some asshole buying up 10 cases. Second, make it work like the wine world. Waiting lists go on for years, you get exclusive rights to purchase a small amount of something exclusive (say Dark Lord), and if you don’t buy your allotment youre moved down the list. No waiting in line, just place the order when it’s ready.”

Lots of the cult and more limited production wineries do it this way and have done so for years. Aleheads, do you think that the exclusive membership model is a good thing for the craft beer world? Who out there would join such a program? Why or why not?