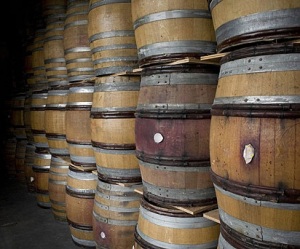 Tired of run-of-the-mill “summer” beers? Looking for other refreshing options for your Independence Day celebrations? Why not seek out some sour beers?

Sour beer has an image problem. Or rather, it has a naming problem. When gushing about a brilliant sour ale to non-Alehead friends, the usual response is a wrinkled nose and the words “yuck” or “weird”. Beers aren’t supposed to be sour. They’re supposed to be malty and bitter…not tart and acidic.

That assumption is a damn shame since sour beers are one of THE best ways to attract skeptics to the craft beer fold. Sours can be an exceptional gateway for those people that shy away from the rich, redolent flavors of Imperial Stouts or the over-hopped bitterness of IPAs. They’re generally light-bodied, have low alcohol-contents, and are extraordinarily refreshing. Got a woman in your life who claims to hate beer? Give her a lambic. How about an oenophile friend who couldn’t imagine drinking anything but wine? Try a Flanders Red.

It all comes back to that naming problem. The word “sour” immediately brings to mind something spoiled or past its prime. “Sour beer” just sounds like something you left open on the radiator for too long. You wouldn’t drink “sour milk”…but everyone loves yogurt and cheese. And you wouldn’t drink “sour wine”, but who doesn’t enjoy the bracing acid of vinegar on your salad. Unfortunately for Aleheads, the “actual” terminology for sours (Lambic, Gueuze, Oud Bruin, etc.) are either too obscure or too difficult (i.e. “foreign”) to pronounce. So we’re left referring to “sour beers” in a generic sense…and that’s when we’re met with those wrinkled noses.

Me? I love sour beer. Love it. As recently as a few years ago, the only easy-to-find sours were Belgian imports like the inimitable Rodenbach. But during the recent craft beer explosion, American brewers have recognized that the challenges inherent in developing a sour program at their breweries were worth tackling. In fact, sour beers are often seen as a true test of a brewer’s mettle. Why? What makes a sour beer “sour” and why are they so damn difficult to make?

Any style of beer could technically be “soured”, but in reality, the sour beers we generally see are classic Belgian styles like Lambics and Gueuzes. There’s a simple reason for this…the Belgians have been playing the sour game a LOT longer than anyone else. They’ve mastered many of the nuances of sour programs (although even Belgian brewmasters would admit that making sour beer is still a matter of some luck). Many American brewers looking to wander down the sour path have contracted with or had intense discussions with Belgian brewers. When you’re talking about something as unpredictable as a sour program, it just makes sense to lean on breweries with decades of experience in making them work.

So how DO beers become sour? In a nutshell, you go “old school”.

Modern brewing is done in a safe, contained, and above-all, sterile environment. Safeguards are in place to prevent infection of the beer. Most brewers want predictable, repeatable flavor profiles in their beer. Any variation or “off” flavors could kill their brand and reputation. But when you’re taking on a sour program, all that goes out the window. You embrace the ancient art of “wild” fermentation. When making sour beers, a brewer introduces “wild” yeast strains and/or bacteria into the mix. In the old days, Belgian brewers would leave vats of unfermented wort out in the open so that they could be spontaneously fermented by yeast and bacteria in the air. While some aspects of this “all-natural” approach are still used today, most modern breweries rely on a slightly more controlled approach.*

*Although, some breweries, like Allagash, have revived the risky methods of open fermentation. A few years back, Allagash installed a “coolship”…a long, shallow vessel that resembles a giant bathtub. Wort is poured into the vessel and then allowed to cool by placing it near open windows. Whatever yeast enters the wort from the windows and the brewery itself are responsible for fermentation. It’s a crapshoot, but pretty awesome all the same.

Today, brewers intentionally introduce wild yeasts and bacteria in a more predictable environment to try to create consistent results. The most common souring agents are lactobacillus, the bacteria responsible for making yogurt and cheese, pediococcus, the prime mover in making sauerkraut, and Brettanomyces, a notorious yeast strain that winemakers have nightmares about. Brett (as it’s fondly known) is the stuff of legend amongst brewers. It’s prized for the funky, wild, farmhouse aromas and flavors it adds to beer. But if used improperly, Brett can infect an entire brewery. Because of the potential for a global infection, many brewers won’t touch the stuff and winemakers treat it like bubonic plague.

*Some Brett-lovers like Vinnie Cilurzo (the legendary brewmaster at Russian River) have noted in interviews that certain winemakers won’t even come to his brewery for fear of walking out with an errant cell of Brett on their clothes. The yeast is notoriously difficult to kill and once it has infected a surface, it’s essentially there forever. A barrel containing Brett yeast is all but useless for anything BUT a sour program.

To combat the possibility of infection, every brewer with a sour program takes careful steps to minimize the chances of cross-contamination. They use separate equipment, separate filling hoses, separate bottling machines…they even wear separate clothing when working with sour beers. It’s like having a kosher kitchen in a house full of treif-eaters.*

*That joke is for our one Orthodox Jewish reader. Shalom, Yossi!

Aside from the risks of infection, sour programs also take FOREVER. Wild yeasts are unpredictable (hence the term “wild”) and can ferment very slowly. It can take months to ferment a sour beer properly and then years for them to mature in casks. A brewer can commit untold amounts of labor and capital into a sour program only to crack open his or her casks a few years later to find an undrinkable, vinegary mess.

Of course, there are other ways to sour a beer. The easiest way is to add tart fruits like cherries and raspberries to the mix. Some breweries “cheat” the system by simply adding fruit during the aging process to kick-start secondary fermentation. But don’t assume that a beer with the word “Kriek” or “Framboise” (the Belgian words for “cherry” and “raspberry” respectively) are somehow inferior to other sour brews. In fact, some of the best sour beers on Earth combine traditional souring ingredients like lactobacillus with fruit additions. Cantillon, the famed Belgian lambic-producer makes some unearthly fruit beers. And Cascade Brewing’s Kriek is one of the all-time great American beers.

Despite the difficulties inherent in making sour beers, the styles have been thoroughly embraced by American brewers in recent years. Every year, the Great American Beer Festival sees more and more entries into their sour categories. Beyond that, high-end restaurants have started to realize that sour beers pair EXTREMELY well with food. Just like wine, the tartness and acidity of sours open up the palate to enhance certain flavors in food. They’re also a way for brewers to truly distinguish themselves. While they may not be household names, brewers like Vinnie Cilurzo at Russian River, Patrick Rue at The Bruery and Ron Gansberg at Cascade have become semi-legendary amongst Aleheads for their aggressive sour programs.*

Sours are a brilliant alternative to those ubiquitous “summer ales” with their “hints of lemon”. They’re refreshing, low in alcohol, and a wonderful change-of-pace from hop-forward American IPAs (not that I’m suggesting you stop drinking those). If you’re looking for an alternative to fizzy, yellow pilsners at your July 4th cook-out this year, grab a few sour brews. While the term “sour” might frighten you, most of these beers really aren’t all that mouth-puckeringly tart. In fact, one of the watchwords for brewers running a sour program is “balance”. Breweries like Cascade focus on making approachable, highly drinkable offerings. In fact, Cascade avoids Brett yeast entirely because Ron Gansberg has noted that the famed yeast strain can throw a beer completely out of whack. He’s not looking to “over-sour” anyone so he carefully uses bacteria and fruit to achieve his sour beers while avoiding Brett like the aforementioned winemakers.*

*I should note that Vinnie Cilurzo at Russian River uses Brett liberally in his beers and yet always manages to produce highly-balanced, approachable offerings. So it certainly CAN be done, but if you ever find yourself drinking a sour that is simply too acidic or funky to stomach, it’s probably Brett’s fault.

Even if you decide to pursue a sour program, you’ve got to know what kind of beer you ultimately want to produce. Do you make a simple, wood-aged, unblended lambic? Do you add fruit? Do you mix together lambic vintages to create a well-balanced Gueuze? Do you make a full-bodied and potently sour Flanders Red? Or a maltier, darker Oud Bruin? Do you run a careful, controlled sour program like Cascade? Or do you use a coolship like Allagash? Or how about Jolly Pumpkin‘s approach where Ron Jeffries lets the wild yeasts and bacteria running rampant through the brewery infect his beer from barrel to barrel?

If that all sounds too risky, complex, and above all, insane to you, well…there’s a reason most breweries DON’T make sour beers. Let’s just be thankful as Aleheads that there are some brave brewers makin’ sours for all us sinners out there. The world would be a poorer, and far less interesting place without them.

And since you didn’t ask, here’s a list of 10 American Sour Beers you should really get a hold of:

These aren’t necessarily the best sour beers made in America, but I can promise you won’t regret picking up any of them. And perhaps once you’ve had a few from this list, you’ll join me in going forth to proclaim the glory and greatness that is sour beer to all who will listen. Embrace the power of sour, Alehead Nation!

16 thoughts on “THE HOUR NEARS FOR SOUR BEERS”