Every Alehead knows the scenario:

It’s a Friday evening after a long day of closing million dollar deals and remotely opening orphanages in Mali. You are headed home in the Veyron, the beautiful California sunset behind you, looking forward to a sophisticated evening drinking ale of the craft variety and engaging in witty banter with future heads of state, scholars wearing ascots, and people who race yachts for a living. All of a sudden the phone rings. It is Katya the Russian supermodel/biochemist and she insists on taking you out to the finest steak restaurant known the world over, the sort of place that has a five year waiting list and serves cuts of perfectly aged beef that have driven lesser men to the brink of madness. You agree, knowing that you could always write your dissertation on Infinite Jest that the Utne Reader has been begging for some other time and agree to be ready in 30 minutes.

Wait, 30 minutes!? How am I going to be tuxedoed up, smelling nice AND two beers deep by the time my lovely companion for the evening arrives!!?? What is an Alehead to do??

Since the dawn of man, advanced members of the genus species homo sapien have partaken in the ritual known as the shower beer. It is well documented that Ben Franklin quaffed two flagons of strong ale whilst having a pitcher of warm water poured over him before beginning the research that led to the the lightning rod. It is even rumored that Julius Caesar, benefiting from the most revolutionary aqueducts in the then modern world, imbibed chalice after chalice of barley wine beneath the crude Roman shower before both battles and orgies. Great men and women alike know the unparalleled feeling of satisfaction that comes from cleaning the grime from a hard day’s labor from one’s person whilst simultaneously getting a buzz, so today we ask:

What do you drink in the shower?

I don’t always shower regularly, but when I do I prefer to drink Allagash White, a spicy and citrusy witbeer from Maine. I find it to be a solid, year round shower beer, as during the winter months, when showers tend to be hot, the spiciness really makes it’s presence known, evoking feelings of relaxing fireside, potpourri on the hearth and leather bound tome in my lap. During the warmer months, when the water temperature doesn’t need to be as high, the flavors of lemon zest and sweet wheat get their chance to shine, taking me to a placid lake of my youth, the wind rustling through vast fields and the scent of ripe citrus hanging plump in distant orchard. Plus, at 5 percent, this is the sort of beer that you can enjoy a few of as you cleanse body, soul and mind. I find that the spice notes, while not too strong, pair well with Dr. Bronner’s Citrus Liquid soap, the aromas of the oils on the skin playing nicely with the subtle lemon/ grapefruit tones of the beer. When you are done, top it off with a dash or two of talc to the nether regions and a palmful of Bay Rum on the ‘ol moneymaker and you are ready to shine, impervious to any darts of shame and guilt that shower teetotalers and nephalists may dare throw your way. To drink in the shower is to live, and as noted devotee of the drink Mel Gibson once proclaimed channeling William Wallace: “Every man dies, but not every man truly lives.” 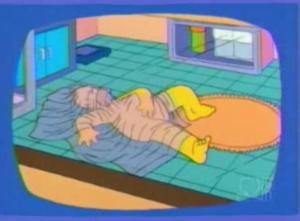 To propose answer to question I must be first telling you that I offer two beers. One is for alcoholic shower before meeting Svetlana’s parents. This is a six packs of BUD ICE (also called Bud Platinum). They are getting older so I have increased number of beers to drink before subjecting myself to them. I am certain they are doing same since their bathtubs is full of empty cans.

BUT, as Karl irritating points out, this is not real question here. What is beer to enjoy when in sauna, surrounded by the dry hot air that is ironically preferred by the Finns, Swedes and unironically by we Russians. No Karl, I will not explain that to you. No I do nyet drink Baltika, it is for peasants. In 90 degrees (C’) you need beer that can warm up with no degradation of flavor, that you can enjoy for the twenty minutes that you are in heat while body is washed by the servants. I insist on a 64 oz thermos of Green Flash Le Freak  if you think you cannot drink this beer warm, return to your home in mountains.

DIRECTLY after sauna, I drink 2, 2 (C’) degree beers from a brewery we rarely make any happy noises about: Brooklyn Pilsner. It is crisp, not sweet and has a preferable hop spike up front into a smooth finish that is cleansing, not cloying. Laying great foundation for vodka and herrings!

Svetlana also makes shower each Sunday.. If she is showering alone she usually wearing camel pack filled with Ace Cider. If she with her close friends she is bringing in usually water bottles and compact discs and bubble solution and a waterproof bag I have never seen the inside of. 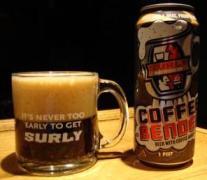 Full disclosure: I have never consumed a beer in the shower. In truth, I had never even thought of it until Jimmy Hoppa brought it up last week. After admitting this shameful secret, I offered to turn in my Aleheads card and walk away with a dishonorable discharge on my permanent record. This offer was rebuffed when it was discovered that A) We do not HAVE Aleheads cards and B) I’m the site admin, and without me, Doc would be in charge and this whole endeavor would turn into a series of drunken angry rants about how the bees are out to get us (Doc is a touch senile).

With that out of the way, I decided to approach this Conundrum from a purely theoretical perspective. Perhaps I’ve never consumed a shower beer. But I HAVE taken showers before (dozens of them!). And I HAVE consumed beer before (scientists are still calculating this number). By combining my vast knowledge of what the French call “la douche” with my even vaster knowledge of what the Irish call “oxygen”, I was able to account for all variables and determine the obvious, clear choice:

1. The Coffee Bender comes in a can…the only reasonable vessel for a shower beer. Yes, I prefer drinking out of a glass, but such containers do not mix well with slippery soap and water. Drop a can in the shower and you might bruise your toe. Drop a glass or a bottle and you’ll need stitches.

2. The Coffee Bender is a robust, brown ale. Personally, I don’t think any particular style of beer necessarily lends itself to shower drinking. They’re all fair game. BUT, I am one of those individuals who likes a piping hot shower despite, as the Commander noted over e-mail, all of the research explaining how bad hot showers are for you. And a cold beer gets warm awfully fast in an enclosed, steam-laden environment. Hence, I prefer to drink a beer that holds up well even at warmer temps. A well-rounded brown ale will do just fine in the theoretical confines of a McHopsian hell-shower.

3. The Coffee Bender contains coffee. I’m a morning showerer, as I assume most folks are. Since I’m not, nor have I ever been, a caffeine drinker, I rely on my morning shower to fully smack the sleep out of my system (also, crack). What better way to make that shower even MORE stimulating than by adding a dose of caffeine to my system via a can of tasty craft beer?

4. The Coffee Bender is 16 ounces of deliciousness. That’s neither here nor there, but I figured it made sense to choose a beer that people would actually enjoy. 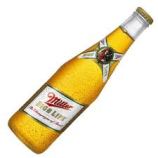 The reason: The average shower temperature rests around 105 degrees. I don’t know about you, but I don’t like being in an environment that offers a constant barrage of 105 degrees of anything directed squarely at my ample backside. One needs a solution to keep things cool under (water)pressure

The solution: I already told you, it’s Miller High Life. Drink it. By the bottle, one after another. And by one after another, I mean the second one right after the first one and no more after that. Seriously, get out of the shower. You’re wasting water.

Yeah, I get it, High Life blows. Everyone tells me that and I’ll never argue that High Life is a good beer but I constantly go back to it under the right circumstances. It’s very bubbly, it’s very cheap, and it’s sort of thirst-quenching. Lots of beers can tackle one or two of those categories but pulling them all off simultaneously is an impressive feat (You’d have to be impressed by shitty beer to be impressed by that statement. Or just very open-minded and one that doesn’t like to argue. About anything). Where was I? Oh yes, the shower beer. I have had hundreds of shower beers in my time and not just in my youth. Most of my shower beers have occurred shortly after some vigorous outdoor activity like mowing my lawn or running shirtless down the beach (One of those things is true, you get to choose). If I have to hop in the shower and I need to bring a beer along I want something that’s refreshing. High Life is just that – Refreshing. Super refreshing. Sure, switch it up to Tecate if you’re hopping out of the pool down in Mexico. Whatever floats your boat. Just go with cheap, refreshing, and cold. That’s all you need for a good shower beer. By the way, don’t crush the bottle when you’re done. Draino doesn’t do shit to broken glass in the pipes.

I do not drink shower beers, or approve of the act, which is both crass and boorish. Like any other Alehead with an ounce of self-respect, I limit myself to more dignified bathtub beers. Just because I’m naked is no excuse for not making use of the proper glassware. Once you’ve floated a rubber duck in a Westmalle chalice, there’s no going back.

Well there you go Aleheads, a primer to shower beer 101. So now I ask you, dear reader, what beer do you drink in the shower?

5 thoughts on “CURTAIN CALL, OR AN ALEHEADS GUIDE TO SHOWER BEER”