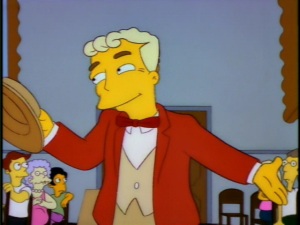 The depths to which big beer will sink to lure in new (read: young) consumers has reached a new low this week, with the announcement that the Draftmark™ tap system should be rolled out in the St Louis market at the end of 2011 and early 2012. The official press release is here but in Aleheads’ rich tradition, we’ll go ahead and translate the corporate speak for you, dear reader and craft beer lover, so grab a pint of the good stuff, sit back, and enjoy as we dive into the latest installment of

Beer lovers in St. Louis are about to have a new way to enjoy fresh draft beer in the comfort of their own home.  Anheuser-Busch’s latest innovation, a unique new home draft system called Draftmark, will arrive in select St. Louis retail locations this week, before becoming more widely available throughout the greater St. Louis area in February 2012.

The Draftmark tap system is an intuitive, high-end device that fits neatly into refrigerator shelves, making a true draft beer experience possible in a few easy steps.  Users simply charge the tap system’s battery, insert the beer refill’s pouring spout, place and rotate the beer refill into the tap system to lock into place, close the system, pour and enjoy.

Kids, er… responsible drinkers, in the St. Louis area now have the ability to get loaded off poor quality beer in the comfort of their own home, and guess what, unlike a bar, you don’t need to be 21 to do so. Anheuser-Busch, long known for their upstanding citizenship has designed an expensive toy that looks like a rejected prop from the latest TRON porn parody which allows you to pour beer right from your fridge. And it is as quick and easy as recharging a battery, inserting a refill pouring spout (sold separately) closing the system, waiting for the beer to get cold, then filling your glass with the finest rice based beer that St. Louis has to offer!

In addition to the permanent pouring system and rechargeable battery, the Draftmark tap system also includes interchangeable magnetic tap markers, so adults can personalize the tap handle as they switch between the three beer offerings.  The one-gallon beer refills also include built-in draft lines to allow for easy tapping and cleaning.

Like variety in your beer? Well too bad, because we only have three choices for this contraption, a bastardized version of a Czech lager that no Czech would be caught dead drinking, a half assed “Belgian” style wheat that no self respecting Belgian (Jean Claude Van Damme especially) would be caught within 50 feet of, and and English Style pale ale that isn’t that bad. There are much better and widely available English ales to be had, but we assume you don’t know anything about beer. I mean, we are responsible for Bud Light Lime.

The system also has “interchangeable magnetic tap markers” (Magnets!!!) so “adults” can personalize the tap handle based on what corporate swill they are drinking. You know who else likes magnets and flash gadgets? Kids! But we would never market to kids.

“Our innovation team is continually experimenting with new beer styles, packaging and concepts, and we’re always looking for the next idea that meets an unmet consumer need,” said Pat McGauley, vice president of innovation at Anheuser-Busch.  “Draftmark is breakthrough in that it offers an affordable premium beer experience by delivering high-quality draft beer via a high-end, reusable tap system that keeps the beer fresh for 30 days.”

Draftmark also brings a level of casual sophistication to home entertaining, allowing beer drinkers to be more involved in the experience, from selecting the right glass, to learning the perfect pour, to choosing from a variety of beer styles.

Our “Innovation” (chuckle) team is constantly thinking of the next monorail to sell you. We rely on shiny new gadgets every few months to distract you from the fact that we make terrible beer. This is no exception! Our expensive ad campaigns will no doubt feature diverse and attractive 20 and 30 somethings, possibly in a loft somewhere, enjoying beer from the Draftmark in a manner that suggests elegance and sophistication with just the right amount of cool, but we know this will never really happen in the real world. We know that anything that comes out of this will be poured into a red plastic cup, possibly one that will have ping pong balls thrown into it. The “perfect pour” in this case is the one that manages to get the most of our inferior product onto the floor rather than into the cup, so you have to run out and buy more of our product, but we’d never admit this.

“We want to grow Draftmark organically, and we anticipate beer enthusiasts will embrace this new tap system and share it with their friends,” said Nathaniel Davis, brewmaster at Anheuser-Busch.  “We’re excited to bring this exclusively to our hometown of St. Louis, a city of beer lovers, and we look forward to hearing what they have to say about it and what they’d like to see from Draftmark in the future.”

We want to continue to market junk like this to get your hard earned money in every way possible, and we hope that you’ll tell the rest of your dumb little underage buddies so that they’ll go out and buy one too. Sure, they’ll break after 6 months of use, but we’ll already be marketing the next shiny gizmo (light up bottles anyone!!?? Beer straws!!??) so we’re sure, given our perceptions on our consumer’s attention spans, you’ll have lost interest in it by then. We’re first going to subject the city of St. Louis to this abomination, as we’ve been so busy making life tough for the little guy in other parts of the midwest that we feel we’ve neglected our home city.

And remember, we’re in the business of making friends.

3 thoughts on “ANHEUSER-BUSCH IS NOW IN THE TOY BUSINESS”