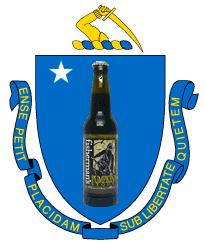 “[Massachusetts] commission officials will hold several regulatory hearings across the state focusing on how to develop common-sense regulations that will promote…and help create jobs in the state’s growing craft-brewing industry.”

Common-sense regulations to promote craft beer? The audacity? What happened to the the tried-and-true method of developing labyrinthine, draconian laws to make life as difficult as possible for small craft breweries? Massachusetts, you’re not following the script!!!

Let’s back up a second. Earlier this month, the Massachusetts Alcoholic Beverages Control Commission issued an advisory which struck fear in the hearts of many a small brewer in the Commonwealth. In a nutshell, the Commission was threatening to strictly enforce its Farmer-Brewer licenses in the state. That may sound a little confusing, so let’s break it down a bit…

In Massachusetts, a brewery can apply for either a standard Manufacturer’s license or a Farmer-Brewer’s license. The Manufacturer’s license does NOT require the brewer to produce any grains/hops on their own or contract domestically (ie: purchase grains/hops directly from an in-state farm). However, the freedom to purchase the raw materials from wherever you want comes with some tough restrictions. First, the license fees are significantly higher than those for a Farmer-Brewer. Second, holders of a Manufacturer’s license can NOT sell beer at retail or do tastings on site (in essence, they’re just a factory with no public storefront). Having a storefront/taproom is a crucial revenue stream AND source of marketing/PR for many, many small breweries. Finally, Manufacturer’s MUST use wholesalers to distribute their beer rather than having the option to self-distribute. At small volumes, the requirement to use a distributor can be a deathblow for a craft brewer.

Farmer-Brewers don’t face those restrictions, but they must show that they contribute to the Massachusetts agricultural industry by either growing the raw materials for their beer themselves or contracting directly with in-state farms. The issue is that the percentage of produce that must be grown or contracted by a Farmer-Brewer has always been a little vague and mostly unenforced. Many craft brewers took advantage of the seemingly lackadaisical enforcement of these rules and applied for Farmer-Brewer licenses since they give them the best chance to survive and thrive in the industry. After all, if there are two “tiers” of breweries in a state…one which allows small brewers to prosper and the other which places crippling restrictions on them…why not join the first tier? Particularly if it’s not even that well-enforced?

Well, the Alcoholic Beverages Control Commission decided to change the game and finally crack down on the Farmer-Brewer license-holders. Most importantly, they finally put a true definition on the requirements for the license by noting that holders must document that they grow (or contract in-state) at least 50% of the cereal grains and hops used in the manufacture of their wares. VERY few Farmer-Brewer license holders meet this requirement. And a number have pointed out that the state of Massachusetts does not currently produce enough barley and hops to even provide half of the needed raw materials to all of the existing Farmer-Brewers in the state. When the advisory was published, industry insiders quickly noted that enforcing this law would utterly decimate the burgeoning Massachusetts craft beer scene. Its announcement was a dark day for Bay State Aleheads.

I’m proud of my home state for many reasons. It started the Abolitionist movement. It’s a beacon of higher learning and scientific inquiry. It was the first state to allow true marriage rights for same-sex couples. Massachusetts gets plenty of things wrong, but, in general, it tries to do the “right” thing when it comes to standing up for its citizens. I’m happy to say that they did the right thing this time around too.

OK, sure, comparing the support of craft beer to something like Abolition or marriage rights is ludicrous. We’re talking about something that only a tiny percentage of people care about…and the “right” to drink high-quality craft beer isn’t exactly up there with life, liberty, and the pursuit of happiness. But in this economy, every little bit of support helps. And craft beer is one of the few…the VERY few…industries that is actually growing in these troubled times. Why would you place any restrictions on one of the handful of sectors actually adding new jobs and tax dollars to your state? Massachusetts realized that their restrictions would hurt craft beer, and they decided to scrap it (some studies revealed that enforcing the new restrictions could have cost the state over 1,100 jobs). The news came out this morning that they realized the advisory was a “mistake” and that they will instead focus on developing regulations that will promote the industry and allow it to prosper. More encouraging words have rarely been spoken as far as Aleheads are concerned.

Some craft beer fans actually didn’t have an issue with the original advisory. Andy Crouch, The Beer Scribe, and Scott Smith of Pittsburgh’s East End Brewing (one of Slouch Sixpack’s local faves) both noted over Twitter that they had no problem with the new restrictions. After all, why should one segment of the craft brewing industry in Massachusetts be subject to different rules than another? I can understand this line of thinking, but I think Andy and Scott have it completely backwards. Yes, Manufacturer’s and Farmer-Brewers should not be treated differently. But rather than ADDING restrictions to Farmer-Brewers, they should be REMOVING restrictions from Manufacturer’s. I fully agree that breweries should be treated equally in the Bay State…but treat them equally by giving them all the same rights and freedoms…not by restricting the growth of one sub-set of the industry just to match the draconian rules imposed on another.

And while we’re not quite at a state of true equality and freedom for all Massachusetts breweries, the Commission clearly took a step in the right direction by ditching the advisory they had proposed a few weeks ago. As it stands, Farmer-Brewers can continue to thrive in Massachusetts. And if the words of state Treasurer Steve Grossman (who oversees the Commission) can be trusted, the new approach will be to look for common-sense approaches to promoting and growing craft beer in the state.

Common-sense when it comes to craft beer? Imagine that.