I suppose in some ways I’m the most logical choice to write our 4/20 post. First, since alcohol is my only vice (other than freebasing shredded Bibles), I don’t have to worry about my current or future employers reading this post and ordering me to take a hasty drug test. And second, of all of the Aleheads’ parents (and many of them read our blog), mine are by far the least likely to care about a weed-related article. Gramps McHops is still proudly hanging on to his Woodstock ticket stub…let’s just leave it at that.

Weed and beer go hand in hand…particularly from the ages of 16 through 27. In fact, hops and marijuana come from the same family of plants (hackberries come from this family too, but I have no goddamn idea what they are). Both weed and beer are crucial in making bad pizza taste good and for allowing Adam Sandler movies to somehow be tolerable. Also, they both let socially awkward teens have a fighting chance at acceptance.

So why am I writing a weed-related post on April 20th? For whatever reason, 4:20 has become the accepted time for lighting up a spliff and April 20th has become one of the biggest bong-ripping days of the year. To be honest, I’ve always been a little hazy about the origin of the term 420 (naturally hazy, of course…not THC-triggered hazy). Wikipedia notes something about Waldos and Louis Pasteur, but that story seems a little convoluted. The truth is, it’s probably just some random inside joke that no one remembers creating that has simply spread to all corners of the pot-smoking world. I’ve been around stoners since well before I first sipped a craft beer and I know as well as anyone that little rituals, phrases, and seemingly meaningless symbols can be imbued with near-mystical power when weed is involved.

Regardless of why 420 became “420”, I’d like to salute all of you noble smokers out there. To honor your harmless, ludicrously illegal hobby, I present to you the Top Ten Beers for 4/20:

10. Oskar Blues Gordon: Gordon Biersch may have forced Oskar Blues to change the name to G’Knight, but it’ll always be Gordon to me. The label on this delicious can of Imperial Red Ale informs us that the beer is “Big. Red. Sticky.” And on the other side of the can, the slogan “Can O’ Bliss. Satisfy Ya” (a play on Cannabis Sativa…the Latin term for marijuana). It smells like weed, tastes a little like weed, and I’m sure Gordon Knight, the late Vietnam-veteran/wildfire-tamer who the beer is named after enjoyed a toke or two now and then (as compared to the Gordon Biersch executives who clearly prefer big, stinky stogies which they blow in your face while laughing heartily and hooking their thumbs in their suspenders).

9. Surly Smoke: There are about a billion (Editor’s Note: That might be an exaggeration) beers with the word “smoke” in their name. After all, there’s an entire style of beer (Rauchbier) that involves smoking the malt before the beer is made. But I’m going with the simplest name from a brewery I love. Nothing fancy, just “Smoke”. It’s the only beer that tells you exactly what to do on 420.

8. Sweetwater Dank Tank: There are actually a whole series of “Dank Tank” beers from Sweetwater (we drank the Border Hopper on IPA Day and I shipped a bottle of Magnum IP to Doc and the Baron). The Dank Tank is a large fermenter at the front of Sweetwater’s brewing area that they use for large-format specialty beers. “Dank” refers to moist, sticky-icky weed. Having met the Sweetwater brewers, I’m sure naming the fermenter took them all of 3 seconds.

7. O’Fallon Hemp Hop Rye Amber Ale: One of a current “crop” of hemp-infused brews…the O’Fallon brewery in Missouri actually makes TWO hemp beers (the Black Hemp is their other ganja-related offering). While there’s no THC in the beer, you can feel good supporting our nation’s honorable hemp-growers when you drink it. 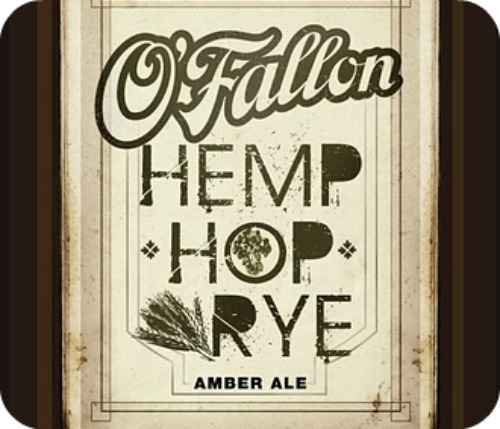 6. Rock Bottom Mary Jane Strong Ale: The Rock Bottom chain of brew-pubs actually has a number of beers with the name “Mary Jane” in their titles. It’s probably just named after an employee or something, but whatever. There are only so many euphemisms for marijuana and Rock Bottom seems to have cornered the market on Mary Jane-related beers.

5. Weed Mountain High IPA: Weed Ales & Lagers are made by the Shasta Brewing Company in Weed, California. So while there’s a perfectly good explanation for the name, any beer with the words “Weed” and “High” on the label is clearly making this list. 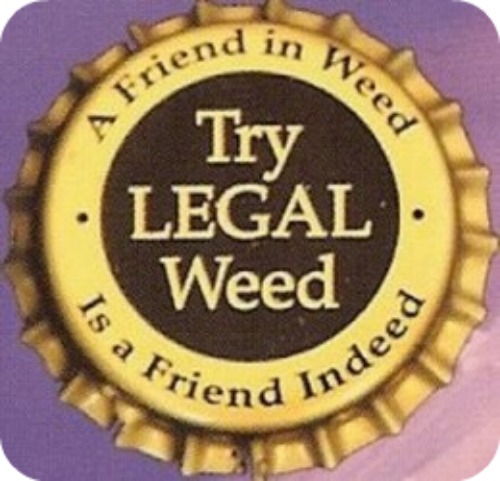 4. Wild Goose Hempen Ale: The grand-daddy of hemp-infused beers, Wild Goose’s Hempen was one of those brews I used to walk by in the package store and ignore completely. Too bad, since the brewery went out of business a number of years ago and I never got a chance to sample this somewhat “legendary” beer (legendary in terms of what it was made of, not what it tasted like…in fact, one BeerAdvocate reviewer said it tasted like a “wet rope”). 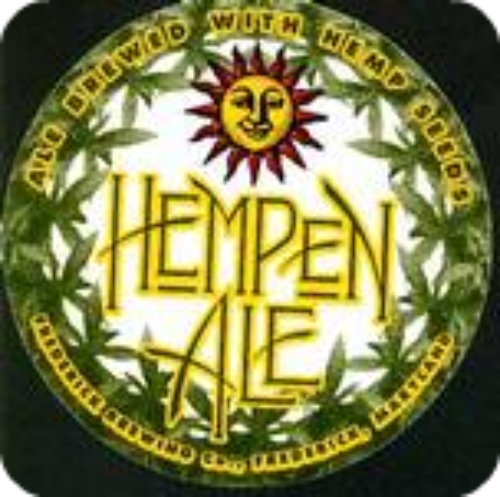 3. Kettlehouse Olde Bongwater: It takes balls to name a beer after one of the foulest substances on Earth…and Kettlehouse actually has TWO beers with the word “bongwater” in their titles (Fresh Bongwater Pale Ale and Olde Bongwater Porter). Oh, they also have an Oktoberfest brew called Hemptober Spliff. Something tells me I’d like the Kettlehouse Krew. 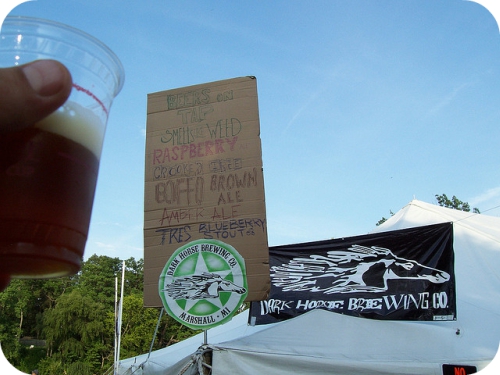