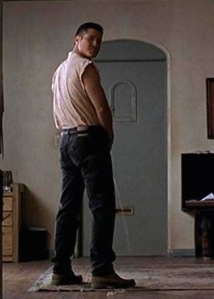 The craft beer community recoiled in horror this week from ex- Goose Island brewmaster Greg Hall following a piece in the Chicago Tribune that revealed the Bourbon County Stout pioneer had urinated into two pint glasses at the end of a night of heavy beer drinking at trendy beer-and-brat hotspot Bangers and Lace. I learned of the incident Monday when our Johnny-On-The-Spot Kid Carboy recounted the episode in his usual humorous but measured tone. As one who has made some questionable (OK, awful) decisions involving all manner of bodily fluids after nights on the town with Alehead buddies, I winced in sympathy at Mr. Hall’s position- the recent announcement that Anheuser Busch is acquiring Goose Island, along with his decision to step down after 23 years with the company meant that the embarrassing non-story might have legs. Yet I was unprepared for the waves of virulence his unfortunate pit stop generated, especially considering the quick and sincere acknowledgement and apology offered up by the former brewmaster:

“I feel awful,” he said. “I wouldn’t stand it if someone did it at my place or if one of my people did something like that… I did what I did and I take responsibility for it.”

Chief among those not willing to forgive or forget was bartender Matty Eggleston, the hero and source of the Trib piece who caught Mr. Hall in the act and confronted him on the street:

“It was disgusting, vile and revolting,” he said. “We all do dumb things; that went to a level that was pure insult.” 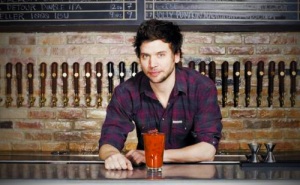 The well-coiffed Eggleston, described as “One of Chicago’s most famous bartenders” and purveyor as such hoity-toity ‘tails as a Bloody Mary with veal demi-glace and other exotic “farm-to-table” libations is a well-traveled veteran of a string of impressively pretentious high-end bars. B&L owner Matt Eisler, no doubt mortified at his establishments’ attachment to the event, refused to rule out the discontinuation of Goose Island products (a threat made easier, no doubt, by the recent industry backlash to the AB acquisition) but indicated any decision would be made “discretely”.

A personal apology from Hall to Eggleston via Facebook was rebuffed and sent to the Chicago newspaper (presumably to serve as an indication of guilt); a case of GI Big John Stout sent to B&L did little to assuage the delicate sensibilities of the offended parties. Across social networks, blogs, and message boards judgement and condemnation rained down upon Hall like his own urine upon an unsuspecting pint glass.

No doubt Greg Hall’s actions were ill-advised and gross. If a patron at my pretend bar were to engage in such behavior, there is no telling the way I would react- he may have been cornered in the alley and offered the option of drinking or wearing home his warm yellow homebrew. But one thing is certain- you would not have read about it in a rag newspaper.

What made Matty Eggleston decide to get the media involved in this non-story? Let’s examine what we know to determine the level of trauma endured by the beleagured suds-slinger:

The more closely I examine the events of last Friday, the less sympathy I have for the bartender. He witnessed an unpleasant event, no doubt. He had to carry glasses with someone else’s piss outside and throw them away. But by all accounts he got to lay into the chagrined Hall verbally both in and out of the bar, scoring some zingers such as:

“I said, ‘Hey what’s this?’” Eggleston said. “He said, ‘Beer.’ I said, ‘Perfect, let’s have a toast before you go.’ and “I told him to enjoy his newfound fortune and have a great night.”

Advantage, Eggleston. Not content to drive the chagrined brewmaster from his bar in shame, Hall’s notoriety in light of the AB takeover of Goose Island meant some press for the “famous” Eggleston.  In this era of Twitter, Facebook, and self-aggrandizing “Me” Culture, whenever something vaguely out-of-the-ordinary happens, the narcissistic are compelled to tell the world. On a night when thousands of more important things were happening in Chicago, and workers went about occupations hundreds of times more unpleasant than Egglestone’s cushy gig, the bartender felt his tale of woe was newspaper material. Commenter “Bob” of the enjoyable Beer and Whiskey Brothers felt that Mr Egglestone’s actions constituted a breach of the bartender code; I’m inclined to agree with him.

I love beer, but bear in mind the following- alcohol is a drug, one of the most deadly and unpredictable drugs out there. It can cause poor decision making, depression, and erratic behavior. It draws out sides of your personality normally repressed and controlled. Amongst the Aleheads, the Commander has urinated on computer keyboards, roommates, and out of windows after too much alcohol. I’ve seen Brother Barley stuff a diminutive red-headed pre-med student headfirst into a large trash can full of stale beer cups with no provocation after a few too many. Mashtun’s hand-eye-coordination drops from Korean Table Tennis Champion to Special Olympics participant in the blink of an eye, mid-brew. I won’t even get into nights I’ve had out with the Czar. And Magnus? Forget about it.  The amount of alcohol one can safely consume on a given night is impossible to guess and varies widely based on the amount of food in your stomach, how much sleep you had the night before, and overall state of mind.

Greg Hall has been under enormous pressure lately- we can only surmise at the backstory involving the Goose Island takeover, but suffice it to say he is out of a job he has done proudly and well for many years and GI is now in enemy hands. He mentions kids in the press release when he stepped down as brewmaster of his family’s prized brewery, but the Trib article noted a girlfriend picking him up for Bangers and Lace. Trouble at home? I have no idea. I don’t know the man, but from the outside one can certainly extrapolate that his life is at a crossroads.

Aleheads are the descendants of Norse warriors, who sang rowdy ballads in their beer tents after conquering foreign lands. No doubt they pissed in each others’ flagons from time to time, be it for prank or convenience. Our civilization has progressed much over the past centuries, but the animal part of our brains pulses beneath the surface, and is always susceptible to revelation by sufficient quantities of our favorite craft brews. Before you judge Greg Hall too harshly, think back on some of the mistakes you’ve made under the influence of our favorite beverage- let he who is without sin cast first… it’s pretty quiet in here, as I would expect. If you’re the kind of person who has never let yourself get out of control enough to make a mistake you’ll regret, you’re the kind of tight-assed d-bag with whom I have no interest in sharing a brew.

Given the choice between tossing back a Belgian Ale with Greg Hall or an Appletini with Matty Eggleston, their is no parallel universe that exists in which I would drink with Matty. Here’s a toast to you, brewmaster Hall! I respect your decision to part company with Goose Island. Keep your head up- this all shall pass, and further success awaits you down the road.

But of course you’ll understand if I check the temperature of my beer first, just in case.

22 thoughts on “IN DEFENSE OF GREG HALL”