Anyone who’s spent any time at all chatting with other beer apprecionados about the various superlative brews they’ve sampled has compiled a list in their head of which beers they aspire to someday drink.  Some are difficult to find because of geographic location (either because the beer isn’t distributed to wherever they live, or there’s a pesky ocean in the way, or what have you), or they’re simply brewed in very small batches that disappear quickly.  Or, at worst, both may be the case.  I certainly have a few on my list of ‘beers I must drink before I die’, and crossing a beer off that list is a pretty awesome feeling (though they tend to get replaced quickly).

So fellas, enlighten us: What are the top three beers on your beer bucket list?

Please list in order of preference, even if it hurts.

Novice that I remain, and due to difficulties in the procurement and distribution department when it comes to beer, it’s almost easier for me to list “bucket list breweries” than it is specific beers. Living where I do in central Illinois means access to beers from a number of great breweries, but by no means all of them. As such, certain brew experiences that others rave about are a total mystery to me. They can be itemized as such, although these are really more of examples than straight rankings.

It’s enough to drive a man to drink. But I’m okay with that.

When we started this site over a year ago, I had a pretty strong bucket list going that never seemed to go anywhere.  My interest in craft beer was waning a bit and out of laziness I just grabbed whatever was distributed locally and ignored the rest of the beer world out of spite (I’m a spiteful man, after all).  In the past year though, my flame has been rekindled and I’ve knocked off quite a few beers that I thought would never grace my thirsty gullet.

Like The Kid, I had entire breweries mixed into my bucket list right along with singular one-offs that I had been dying to try for years.  The big one I knocked off was Deschutes.  While I haven’t had nearly as many offerings as I’d like, I’m happy to say I’ve had 3-4 solid samples sent in from various reaches of the country and I’m a better man because of it.  Did I say better?  I meant fatter.  I’ve also finally tried a few of the best brews from Russian River, including Pliny the Elder, which was tops on my bucket list for years running (Sorry RR, my first bottle came from Sudsy, who got it on eBay.  Gotta do what you gotta do).  The last bucket list beer I erased from my list was the overly simple yet amazingly delicious Sculpin IPA from Ballast Point.  No back-alley dealings or internet scams with Nigerian Princes were needed to procure that beer, just some lucky distribution that finally made it into my area.

So, now that I’ve either bored you with the details here’s my updated bucket list.  I now only keep 3 beers on this list and avoid complete brewery lineups, not because Beerford told me to, but because madness creeps in the longer this list gets.

Like Doc, I’ve knocked a bunch of beers off my bucket list in the past several months.  Contributing my shlock talk to Aleheads has exponentially amped up my interest in beers and my motivation to go out and get things that aren’t readily available.  But bucket lists are like any competitive sport: as I conquer some, I add more that I’d like to take on.

Those who follow my rantings will know what to expect from my list–and what not to expect.  You’re not going to find any farmhouse ales, red ales or milds, and everything is going to be 8% ABV or higher.  So here’s your updated Commander’s Bucket List for 2011:

Interlude:
Barley: Just make the trip down to ‘Bama. I’ve got a bottle of Hunahpu chilling in my fridge.
Commander: So I don’t need my wife to leave me to try it?  Bonus.
Barley: She can come too! How pregnant could she possibly be?
Commander: Very.  I told her that in recognition of carrying and delivering our three children, I would gladly share one Founders KBS with her.  She is psyched.
Barley: You’re an officer and a gentleman.
Commander: Well… an officer.
Barley: I had a KBS last night. Delicious as always.
Commander: Yeah. “Lord” Copperpot, has been sending updates as he’s shared each bottle with a treasured friend or family member.  I guess I’m glad to know I contributed to father/son bonding last night.
Barley: I shared mine with Brother Barley.
Commander: That guy is a dick.  I can’t believe you wasted a perfectly good KBS on him.
Barley: Indeed. But I can’t seem to shake him.
Commander: Maybe you should take down the “under construction” sign on your forehead and he’ll leave you alone. (Editor’s Note: That joke is so inside, the umpire should give a warning for it).
Barley: Still better than sharing with Slouch.
Slouch: Hey!
Commander: Because Barley holds it down?  OK, I can see that.  Alright… back to work…
Slouch: I can hold it… nevermind.
End Interlude

I’ve sampled Westy 12 and the Dark Lord. Crushed many a Pliny the Elder and Abyss. Sipped a Utopia and a smattering of KBS bottles. When it comes to prestige beers, I’ve had my share. But there are still so many out there that continue to elude me. Limiting my “bucket list” beers to three is ridiculous since my list contains roughly 1,000 beers and grows every day. Nevertheless, Magnus taught us that life is short and we don’t always have the chance to do everything we want. If my days were numbered, I’d attempt to tackle these three brews:

The postman left a box on the doorstep yesterday that will soon allow me to cross Deschutes The Abyss off my bucket list. Thanks Hordeum! Likewise, I plan to make a beeline shortly to Birmingham, AL before Barley makes a huge mistake and wastes his Hunahpu Imperial Stout on the trollish Commander.

That being said, my bucket list is still embarrassingly long and contains some interesting beers not yet mentioned:

2. Three Floyds Dreadnaught – I wouldn’t turn down the Dark Lord, but I have had my share of prestige Imperial Stouts… I’m more intrigued by this Imperial IPA from the masters of Munster. Who has two thumbs and wants “A hophead’s dream beer… an opening salvo of mango, peach and citrus hop aromas that sit atop a pronounced caramel malt backbone. Strong and intensely hoppy ale…9.5% ABV, 100 IBUs.”? This guy.

Call me an extremophile, but when it comes down to it, I’m a happy man if I have in my clutches:

a) an insanely hopped double imperial IPA
or
b) an intensely flavored, yet smooth and drinkable, imperial stout

You know, unlike the rest of the lowlifes who write for this site.

I, too, was able to recently cross off a beer from my bucket list thanks to the “Commander.” The KBS you sent is fantastic, but the lasting memories you’ve provided me with, and I’m talking about the father/son bonding you indirectly facilitated, are truly priceless (read: Lord Copperpot drank most of the KBS and drafted a fantasy baseball team while ignoring Granddad Copperpot). I’m going with 2 hop-bombs and 2 highly regarded stouts. 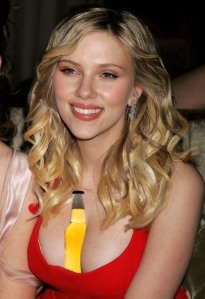 Fine choices all. I hope my fellow Aleheads are able to sip these divine nectars before they ascend to the pearly gates (where they will be mocked relentlessly before being booted downstairs). As for me, my beer bucket list is far more humble:

See, I’m not as unreasonable as my brethren. Hell, I would even drink a lager in any of the three above scenarios! Until next time, dear readers, remember to…