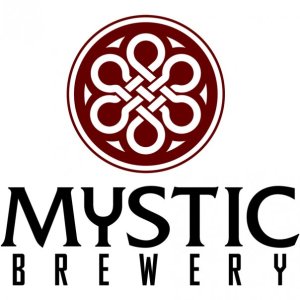 Seems like I’m making a habit of touting breweries before they even open these days (see Avondale Brewing Company and Brewery Vivant). But in the case of the Mystic Brewery, there’s a logical reason for my pre-emptive promotion.

The Mystic Brewery will be the first brewery (to my knowledge) in the working-class town of Chelsea, MA. Chelsea was a mythic town in the mind of a young Brother Barley. When driving across the rusted Mystic Bridge in and out of Boston, I would look across at the low, humble homes and storefronts of the tiny, economically-depressed city and wonder what life was like for the denizens there. While I never lived or worked in Chelsea, the city indirectly played a major role in my life…

My paternal grandfather and grandmother’s families, along with countless other Jewish immigrants, settled in the “ghettos” of Chelsea at the turn of the 20th century. Chelsea was something like the Lower East Side of Boston, and hundreds of poor, working-class Jewish families got their start there after immigrating from Eastern Europe in the late 1800s and early 1900s. My father was born in Chelsea and lived there for a few years before he and my grandparents moved to one of the bedroom communities on Boston’s North Shore. Most of the other Jewish families in Chelsea followed suit and the demographics of the town changed dramatically. Today, the city is home to a thriving Hispanic culture which makes up almost half of the town’s population.

The fortunes of Chelsea fell precipitously late in the 20th century, and in 1991 the state put the city into receivership due to horrific financial practices. That was the low point for Chelsea and many, including my grandparents, were saddened to watch their former hometown become such a shell of its former self. But things change…

The news of the Mystic Brewery’s opening is another feather in the cap for a city that has entered into its second decade of a remarkable renewal. Following the fiscal crisis of the early 90s, Chelsea completely revamped its government and began focusing on improving the quality of services while stabilizing the city’s finances. In 1998, those efforts paid off when the town was named one of the National Civic League’s All-American Cities.*

*An honor that my grandmother laughed at in the most sarcastic manner possible. If you know any Jewish grandmothers, you know the laugh I’m talking about.

Despite the city’s incredible turn-around, it was still missing the crowning jewel that all great cities possess…a hometown brewery. Hence my excitement to hear the news about Mystic.

The Mystic Brewery is the brainchild of “MIT trained fermentation scientists” Bryan and Emily Greenhagen and professional brewer James Nicholson. Sounds promising. Their goal, according to the press release they sent out, is to “focus on making pre-industrial style beers, like those from Belgium, but a with a distinct New England agricultural influence.” I have no idea what that means but I’m giddy with anticipation. They also talk a bit about producing “finely crafted after-dinner malt cordials”. Bryan and Emily, your ideas are intriguing to me and I wish to subscribe to your newsletter.

The Greenhagens are attempting to isolate native New England brewing yeasts to capture “our local ‘beer terroir’” and their flagship brew will be a European-style saison. The first batch should be shipped in a few months with barrel-aged brews coming on-line for the holidays. You’ll have to wait until next year to get a taste of those enigmatic “cordials” that the Greenhagens have promised since they require “extensive aging”.

I’m excited about all of that, but what I’m most excited about is the fact that the Mystic brain-trust seems to understand why their selection of Chelsea, MA as the home for their brewery is so important. Sure, it’s close to Boston, a beer-swilling city filled with knowledgeable Aleheads. And sure, the rent was probably a hell of a lot cheaper there than in Boston proper. But the Greenhagens “get” that there’s more to Chelsea than cheap real estate and proximity to the Hub. As Bryan notes:

“Chelsea is…a place that has real character. There is nothing pasteurized or homogenized about Chelsea. It’s been the home to hopeful and hardworking immigrants who built the fabric of America for generations. It’s a great place for a tribute to our collective origins and celebration of our cultural diversity.”

Couldn’t have said it better myself, Bryan. Good luck with your endeavors and count me amongst those who are looking forward to Mystic’s offerings with eager anticipation. I hope my fellow Aleheads will raise a glass with me and say “Cheers to Chelsea”. It’s nice to see the city continuing to prosper after so many years of hardship. It gives hope to all of those small towns looking for inspiration in these challenging times. Remember, when all seems lost, look to beer to lead the way.

7 thoughts on “INTO THE MYSTIC”