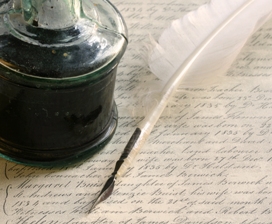 Being an Alehead is about more than just vociferously explaining to everyone within earshot how impressive the lacing on your Imperial IPA is. It’s about embodying a certain spirit and lifestyle. It’s about representing the craft beer industry as boldly and obnoxiously as possible. It’s about making people say, “If I hear you utter the word ‘phenolic’ one more time, I swear to God I’m going to smash this bottle over your head.” In short, it’s about living by the Code.

Until now, the Aleheads Code has always been an amorphous collection of guidelines and slogans. While all Aleheads attempt to live by these rules, it can be challenging to determine what is considered “acceptable” behavior without a truly codified manifesto. Slouch Sixpack and I decided to resolve this monumental problem by finally putting quill to parchment and recording the 100 Articles that make up the Aleheads Code. We encourage our readers to continue adding amendments to this document in our Comments section. The Code, like yeast,  is a living organism, and it must be refreshed from time to time with the beer of patriots and tyrants.

With that pre-amble out of the way, Slouch Sixpack and Brother Barley bring you:

20 thoughts on “THE ALEHEADS CODE”