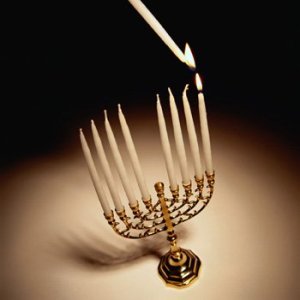 The Commander and I had planned on putting together eight Tasting Notes to celebrate the eight crazy nights of Chanukah last month. We posted the first few Tasting Notes, but a few hours after the fourth was published, Magnus passed away. At that point, we had all but one Chanukah Tasting Note “in the can”, but we decided we wanted to keep the site quiet for a couple days while we regrouped. In the aftermath of Magnus’s death, the rest of those Tasting Notes kind of fell through the cracks. They’re not particularly compelling reading (not that anything on our site has ever been accused of being that), but we didn’t want them to just sit in our “Drafts” folder for all eternity. Ergo, I’ve combined the final four Tasting Notes into one post.

For the record, the final Tasting Note (Anderson Valley’s Brother David’s Double) was written about a beer that neither the Commander nor I actually drank over Chanukah. Rather, we and our peers drank approximately 1,000 pints of the brew while in New York for Magnus’s memorial service. I thought it would be appropriate to finish off the series with a beer we all drank in his honor. While it’s a decent brew, it’s certainly not worthy of Magnus…but really, none are.

North Coast Brewing Company recommends that you lay down its Old Stock Ale for a year or two.

Needless to say, I ran out of other beer the day after I bought it, so I drank one immediately.  So, if I remember having posted this tasting note (improbable), and if I have the patience to lay down the other three in the 4-pack for awhile (even more improbable), I’ll post another tasting note about this offering once it’s been left to its devices for awhile.  Otherwise, this is all you get.  But don’t feel bad, it’s just another uneducated jackass (er, overeducated jackass, I guess) writing about beer.

HEAD: A thin beige/yellow head thinned out further after a few minutes.

LACING: There was very little lacing, but that may partly have been due to the hour it took me to drink this beast.

NOSE: A rich, malty vapor gases off the top of this beer.  It smells boozy!  Maybe I should have put it in the basement (under lock and key).

TASTE: The Old Stock Ale has a huge malt profile.  Up front there’s malty sweetness and delicate but apparent carbonation.  The middle of the sip has a strong caramel flavor with undertones of figs or dried fruit.  The back end… wait for it… wait for it… AFTERBURN!  For those familiar with North Coast’s Brother Thelonius, this is its daddy.

MOUTHFEEL: This beer has an incredible consistency.  It is very smooth, but the carbonation prevents it from being too cloying.  (I wonder how a sufficient tenure in the basement would affect this aspect of the beer.)  It is full bodied.  People always say Guinness is a meal, which is basically bullshit–but the Old Stock Ale really is a meal.  Just tell your friends it has tryptophan when you fall asleep after drinking it.

DRINKABILITY: I loved this brew, but I can’t in good conscience call it drinkable.  First, having 11.7% ABV alone probably disqualifies it from taking home any drinkability awards.  But even compared to similarly high-ABV/-gravity beers, it is sweet enough and boozy-tasting enough that I would not want more than one or maybe two at the most.

I have to give the Old Stock Ale a mere 3 hops.  I regret doing that because I’ve mistreated this beer by cracking it open too soon–and it shows.  Flavors that will probably mellow out over a year are a little too strong.  I’m gonna lie down the other 3 (well… maybe 2) and tell my wife to stop me from drinking them.  (I have a poor track record with these types of instructions.)  I guess this is the exception to the rule, “If it’s yellow, let it mellow; if it’s brown, flush it down.”

AND THE BEER LASTED FOR EIGHT DAYS, PART 6: HEBREW REJEWVENATOR 2010!

HEAD: Short, off-white, gone in the blink of an eye.

LACING: Spotty and oily. Not much.

NOSE: The label claims this is a Dubbel/Doppelbock mash-up, but I’m getting a lot more of the former than the latter. I suppose that’s no surprise since Dubbels tend to be much more pungent than bock beers. It’s a bit more vinous than your standard Dubbel (thanks to the inclusion of Concord Grape Juice in the mash), but otherwise it hits all the right notes. Sweet, dark malt, figs and dates, a touch of booze, all built on a nice, bready foundation.

TASTE: The taste isn’t quite as robust as the nose would imply. The grape and other fruit aromas are much more subdued and the Doppelbock flavors take precedence. Sweet, bready maltiness with just a hint of vinousness and some booze in the finish.

MOUTHFEEL: Maybe a touch fuller than medium-bodied with decent carbonation.

RATING: He’Brew makes much bolder, more interesting beers, but this one was certainly quite good. I wouldn’t hesitate to try it again. 3 Menorahs.

APPEARANCE: Almost shockingly black. Barleywines are generally in the chestnut to mahogany range, but this sucker pours like an Imperial Stout.

NOSE: It’s a malt-bomb of the highest order…supposedly this thing has 14 varieties of hops in it, but all I could taste was the 14 malts. It’s a balance between uber-sweet, chocolate/toffee notes and huge aromas of dark, stone fruits (dates, figs, cherries, and plums). But before your nose can go into diabetic shock from the malt sweetness, a claymore of alcohol comes slicing through everything and assaults your olfactory bulb at the end of each whiff. It starts off smelling like sugar, spice, and everything nice…it finishes by smelling like burning.

TASTE: Like drinking a fine cognac or sherry. The malt sweetness “almost” overwhelms you with pungent fruit esters, brown sugar, and a hint of coffee in the back. But the finish is all ethanol. It scours your mouth like a brillo pad so none of that cloying sweetness remains. Kind of a neat trick, actually.

MOUTHFEEL: Despite the giant, fluffy head, this is a low-carbonated, thick as molasses brew. Chewy as bubble-gum.

DRINKABILITY: I mean…it’s 14% ABV. One was plenty.

RATING: Just a really interesting, really unique take on the Barleywine style. I’m sure letting it age for a couple years would do wonders for it, but I still thought it was a very strong offering even right off the shelf. 3.5 Gelt.

HEAD: Short, tan head gone in the blink of an eye

LACING: None to speak of

NOSE: Slightly vinous with loads of fruit esters and a solid backbone of candi sugar and caramel, sticky-sweet malt.

TASTE: Sweet ‘n’ fruity with the front of each sip dominated by sweet, dark malt and toffee and the middle redolent of prunes, figs, raisins, and wine. Not much to the finish…very little ABV burn and no real complexity or interest after the sip.

DRINKABILITY: Very easy-drinking for a Dubbel. Tastes like a “starter” Dubbel…thinner, simpler, and cleaner finishing than most. Not particularly compelling, but certainly a drinkable brew.