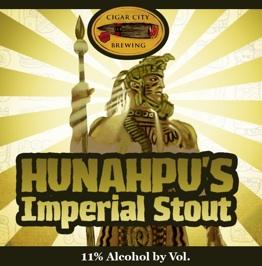 Since the Aleheads began LiveChatting episodes of Brew Masters, the Discovery Channel’s ill-conceived reality series “starring” Sam Calagione, we’ve been thoroughly and unabashedly slamming the Dogfish Head brewery. There are plenty of reasons for this. First, we’re assholes. That just goes without saying. Second, when you sign up for a reality series, you’re basically signing away your dignity and any hope of obtaining or maintaining the public’s respect. Third, Brew Masters is the first show about the craft brewing industry in the US…and frankly, it makes that industry look bad.

But there’s another, more specific reason we’ve been skewering Sam and his troops at Dogfish Head…at least as they’ve been represented in the show. They seem to brew every pipe dream that comes into Sam’s head with no testing or quality control…and that strategy just strikes all of us as being, well…pretty fucked up.

Let’s back up a second…I know that reality shows are edited in such a way as to create dramatic tension out of thin air. Wifey and I enjoy watching Top Chef…a show that makes it seem like cooking an amuse-bouche is as intense as facing down a drunken Rooster Cogburne on horseback.*

*Slouch Sixpack asked me if I enjoyed the Coen’s remake of True Grit. My reponse was that “Fill your hands, you sonofabitch!” has now replaced Tombstone’s “Skin that smokewagon and see what happens!” as my go-to call-out if I’m ever in a duel.

So, at first blush, it seems likely that Discovery is arbitrarily ramping up the adrenaline in Brew Masters by making it appear as if Dogfish Head is fighting the clock with every beer they produce. In seemingly every episode, Sam & Co. have only moments left to brew, bottle, and serve each beer at some pre-determined festival or tasting event. It’s silly, of course…brewing beer isn’t like making a dish on Top Chef. It takes weeks to properly produce an ale (at a minimum)…let alone the R&D to determine what goes in it (plus the logistics of getting the ingredients shipped and prepped).

Anyone with even the vaguest knowledge of brewing would probably assume that Dogfish Head doesn’t ACTUALLY operate like it appears they do on the show. I used to joke about Dogfish Head by saying that their standard operating procedure was just to “brew it and damn the consequences”. But of course, deep down, I assumed I was just being a dick and that Dogfish Head was like most other breweries. In other words, they carefully brewed test batches, beta-tested, conducted tastings, and only released a beer after it had passed stringent quality control tests. Sure, it seemed like Dogfish Head produced an inordinate number of terrible beers for such a respected brewery, but that had to be me, right? Those beers just didn’t mesh well with my tastes, right?

But after watching five episodes of Brew Masters, I realized something. My uninformed opinions about the brewery that produced such awful swill as Black & Blue, Fort, Pangaea, and Chateau Jiahu might actually be dead on. It really DOES seem like Dogfish Head is the only brewery on Earth that throws a bunch of shit into the fermenter, crosses their fingers, and then sells their wares to an unsuspecting public. There have been numerous occasions on the show where somebody expressed dismay about a beer Sam was going to produce, and instead of reflecting on the best (or even just a better) approach for the brew, he simply pushed through his original, unedited recipe. He’s like a homebrewer trying every wacky recipe he can think of…but instead of producing a 5-gallon batch that his friends can sample for free and throw away if it sucks, he’s ramping up his insane creations to production level and selling them at high price points across the US. Even when the beer is a proven loser (see: Fort), DFH brews it year after year…as if Calagione is simply unwilling to admit he ever makes mistakes.

It’s as if Sam’s ego (at least as it pertains to brewing) has gotten so inflated that he assumes that ANYTHING he produces is going to be gold. After so much early success (and admittedly, he was a wunderkind in the industry for many years), he thinks he can’t fail. It doesn’t matter if he tests it first. It doesn’t matter if he’s using ingredients, equipment, or methods that have never been used before. It doesn’t matter if the recipe sounds iffy before he even starts. If Sam’s involved, it’ll be amazing, right?

No. Not right. Not right at all. Look, I’ll be the first to admit that I like plenty of DFH’s beers. Their IPA line-up is quite good (the 60, 90, and 120). I like the Palo Santo Marron very much. The Raison D’Etre and D’Extra are both really interesting. But these high-quality brews are becoming the exceptions, not the rule. In the very first episode of Brew Masters, Sam notes that most microbreweries make 6-8 different beers a year while he makes 31. He says this in a prideful way…like he’s better than other brewers because of his output. But for those of us who have tried the majority of Sam’s beers, we know the true story. He makes 4 or 5 times more offerings annually than other brewers because he scales every recipe he can think of to production level. Most other breweries test out lots of different brews before selecting the best ones to mass produce. Sam just mass produces them all. It’s madness.

Take a look at Dogfish Head’s website: 8 year-round brews. 17 rarities. 4 seasonals. 9 collaborations. Plus 47 brewpub exclusives. Now compare that with one of the Aleheads’ favorite breweries…the far more thoughtful, infinitely more consistent Founders brewery in Michigan. 5 year-round beers. 3 seasonals. And 7 rarities. A much shorter list, but there’s not a single dud on there (unless you dislike the Cerise…a cherry beer which I think is actually pretty excellent, all things considered). Quality over quantity…it’s the mantra of most small brewers. But not Sam.

Sam does whatever he wants, whenever he wants, and damn the consequences. I don’t expect that to change any time soon, but as long as his train wreck of a show persists…the Aleheads, at least, will keep calling him out.*

*I’m sure our insults make Sam cry himself to sleep every night on his bed made of wooden pallets.

While this post was mostly an excuse to rant about Dogfish Head, I should probably talk about what triggered my thought process in the first place…Cigar City’s Hunaphu’s Imperial Stout. I sampled my first bottle of Hunaphu’s during the Night of a Thousand Stouts. It’s a version of Cigar City’s award-winning Marshal Zhukov’s Imperial Stout with the addition of Peruvian cacao nibs, ancho and pasilla chiles, Madagascar vanilla beans, and cinnamon.

Why did this remarkable beer lead to yet another anti-Dogfish Head screed? One word…adjuncts.

Adjuncts are, as the name implies, “additions” to beer that add (or subtract) character or flavor. In the world of craft brewing, it’s often considered a dirty word. The Evil Axis (BudMillerCoors) brew what most people would call “Adjunct Lagers”. The adjunct they use is corn…an ingredient that provides sugar to feed the yeast (so it can produce alcohol and CO2) but minimizes flavor, character, and body.

But not all adjuncts are awful. Fruit beers…pumpkin beers…honeyed brews…winter warmers. All of these styles have adjuncts in some form or another (and while you’ve probably sampled some awful examples of each style, there are also plenty of great ones out there).

In a roundabout way, this all comes back to Sam Calagione. You see, Sam is probably the king of the adjunct. His beers are rarely, if ever, simple, clean products. They’re always loaded chock-full of novel (at best) or weird (at worst) ingredients that you usually don’t find in beer. Sometimes they work…often they don’t. My earlier venting about Dogfish Head has a lot to do with Sam’s obsession with adjuncts. Because Sam can’t self-edit, he “over-adjuncts” his beer. Beers don’t usually need 5 or 6 novel ingredients competing with the malt and hops. In the world of craft brewing, simpler is often better.

But once in awhile, you come across a beer so well-constructed, that you realize Sam’s approach CAN work…in the right hands. The Hunaphu’s is just such a beer.

On the surface, the beer sounds EXACTLY like something Sam would cook up. Two types of chile peppers…Peruvian cacao…cinnamon…it sounds like just the kind of hot mess that Dogfish Head would jump right into. But there’s a difference. Cigar City might use a variety of unusual adjuncts…but unlike Dogfish Head, they clearly put a lot of thought into their recipe. You can taste the careful craftsmanship and I have no doubt they tested this beer over and over before releasing it to the public. This is no “throw caution to the wind” Dogfish Head offering. This is a Cigar City brew…which means they knew it was great long before they bottled and sold it. So how about a Tasting Note?

The beer pours perfectly onyx with a thin, but nicely effervescent dark, tan head that fades quickly to a small collar. Lacing is oily and splotchy.

The aroma is massive…dark chocolate, ripe fruit, espresso beans, toffee, tobacco, and a big hot pepper and alcohol sting with each whiff. The taste left me floored. The night I sampled the Hunaphu’s, I had the good fortune of sampling Deschute’s The Abyss and 3 Floyds The Dark Lord as well. While all three beers were outlandishly good, I would give the Cigar City offering the nod over the other two (though this opinion was certainly not universally held by the other drinkers at the table…just a personal preference). The flavor was unusual, bold and complex, but completely satisfying and delicious. I got a lot of fruit and chocolate sweetness up front with a wonderfully tasty blend of vanilla and chile pepper in the middle and a bitter coffee and hops blend in the finish. All the notes were in perfect symphony and no single flavor overwhelmed or dominated the sip.

The mouthfeel was lush, creamy and decadently full, but good carbonation kept it dancing softly across my palate. Drinkability was off the charts…not because it’s a refreshing, easy-drinkin’ brew…but because it was so damn delicious.

4 Hops all the way for the Hunaphu’s. Sam Calagione, grab a bottle when you get a chance. You might learn something…

12 thoughts on “THE ART OF THE ADJUNCT”