Today’s category is OOH…CLEVER. These are beer names that make you think a little. They’re not so clever at first blush, but trust me…after 9 or 10 beers, these names seem like absolute genius.|

40. Parking Violation (Russian River): Russian River has a habit of naming their beers with the suffix “-ation”. Sanctification, Supplication, Temptation, Defenestration, Mortification, etc. These names are all cool, but just a touch pompous. So I was very happy to see them take this conceit and name a beer after something utterly plebeian. 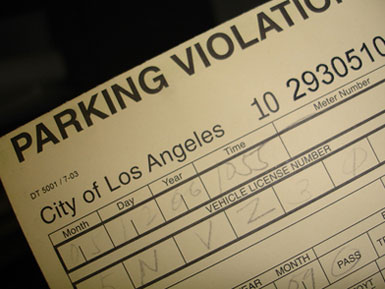 39. Effinguud (Valley): An amusing name that looks like a fancy Dutch or Belgian word until you actually read it aloud.

38. Brother Thelonius (North Coast): We’ve discussed the Brother at length, but I still love the name. As an American version of a Belgian Abbey Ale, North Coast named the brew after our very own “Monk”…Thelonius.

37. Dad’s Little Helper Malt Liquor (Rogue): Mom may have her Valium, but Dad’s got his Malt Liquor and brown, paper bag when the kids act up.

36-35. Puppy’s Breath Porter, Panty Peeler (Cigar City and Midnight Sun respectively): OK…these aren’t really “clever”. I didn’t know where else to put them and they’re just great names that remind Aleheads of two of our favorite things…puppies and panty removal.

34. Druid Fluid (Middle Ages): Middle Ages tends to give their beer Medieval names like “Dragonslayer” and “Armoury Ale”. Those are a little too D&D for me, but Druid Fluid is just awesome. Well done, guys. 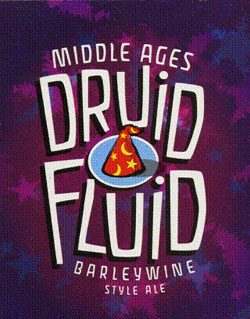 33. Alimony Ale (Buffalo Bill): The tag-line is “the bitterest brew in America.” Nice.

32. Vertical Epic (Stone): A brilliant name and even more brilliant concept. Every year, starting on 02/02/02, Stone releases a beer for Aleheads to cellar. Then, one year and one day later (03/03/03 through 12/12/12), Stone releases another Vertical Epic. If you’re patient enough to cellar all the brews for over a decade, you should end up with 11 bottles of Vertical Epic for the ultimate beer vertical tasting (a vertical tasting involves drinking offerings from the same brewery but different vintages…as opposed to a horizontal tasting which involves drinking beers from different breweries but the same vintage).

31. Collaboration Not Litigation (Avery): It’s a story to warm the hearts of even the most cynical Alehead. Avery and Russian River realized that they both had brews in their line-ups called “Salvation”. Rather than sue one another for the rights to use the name, they combined the two beers into a wonderful concoction. Ain’t cooperation a beautiful thing.

Tomorrow we look at beer names that make solid use of pop culture references with #30-21.